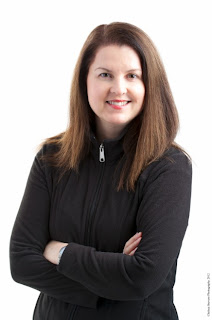 As of today this publication has over 100,000 hits from visitors far and wide, which, according to our site counter, range from Beijing, China to Los Angeles, California and Yellowknife, NWT. And while those hits are from people we know in those places, they nevertheless use this publication regularly as one of their sources for what's happening back home in New Brunswick. Most of this site's hits, of course, are from around Canada and the Maritimes, with the biggest concentration in New Brunswick.

This citizen publication was started in May 2011. In less than a year, new and return visitors have brought it to the 100,000 mark. And while 100,000 may not seem like much, this publication didn't expect to get one hit when it began. To say there is gratitude for the number is an understatement.

Online citizen publications, contrary to what some think, haven't had their day. They're a unique place in the online landscape for people to go to quickly learn about issues of the day or breaking stories. The photos and raw videos, which often accompany the written posts, help fill in the story for the reader, and allows him/her to form their own opinions on matters affecting them and their families. This is an important service to provide to a public who's busy lifestyles often encroach on their attempts to inform themselves.

Alternatively, long form feature stories, opinion pieces and columns found in the format of mainstream print publications, are also part of the blog style. This publication has done long form investigative pieces, published opinion pieces of it's own, and posted guest and editor columns. It is the versatility of the medium that makes it appealing in our dynamic society.

We are living interesting times in the New Brunswick online media landscape at the moment. With Brunswick News having gone behind a paywall, and CBC, CTV and Global increasingly vulnerable due to operating costs, there is a void waiting to be filled by independent online publications free of corporate control that, if ways of funding were found to help them thrive, a sorely needed new and exciting chapter in the province's reporting history could emerge.

With time it will come. There is no doubt. As the older generation that likes it's daily paper dies off, our dominant mainstream publications will fade, especially those behind a paywall with content that, because of corporate ownership, can't fully explore issues affecting the province. While the bloated editor of those publications may arrogantly brag about his product and obnoxiously dismiss citizen journalism with the wave of a pudgy hand, this publication thinks the people of New Brunswick deserve better than that. And so do the reporters.

As the younger demographic of twenty, thirty and forty-somethings begin to take their rightful place at the table in the province, and Baby Boomers get more comfortable with the blogosphere, they will demand more information sources than the traditional means currently on offer. It has, in fact, already begun. This publication's 100,000 hits is a reflection of that. Other citizen publications in New Brunswick are cropping up all the time, indicating a dissatisfaction with the current media status quo.

With increased resources and little overhead, online independent publications will have the staff to uncover stories alongside our current crop of amazing mainstream journalists, who through no fault of their own, miss some important stories because they're already stretched too thin by their corporate masters. But more importantly, with funding, the public would quickly be made aware of alternative information sources they could access online.

As citizen publications become strong and known for solid reporting, it isn't much more of a leap for a site to evolve into a digital media player. A provincial version in a Huffington Post style could be a successful model here. Or Public Eye Online in British Columbia is also an online news site worthy of emulation.

Regardless, it's time in New Brunswick for a truly independent online media voice. The populace is frustrated, and many are turning away, choosing to remain uninformed because traditional  formats don't appeal to them. That's not good for democracy. Besides, everyone is doing it. New Brunswick needs to get with the program and catch up to the wider world.

So there you have it. Whether through a brave benefactor, advertising, subscriptions, donations, sponsorships or perhaps a model yet to come about, there are ways the new online media will emerge in this province to become an equal player in the media landscape. Publications with strong reporting will gain access to the movers and shakers here, building them into a new presence worthy of consideration by their peers and the public.

This publication may not get there. But it's happy to have perhaps contributed something to the media evolution in the province. It is also profoundly grateful to the support, encouragement and grace of readers and colleagues in the province's media.

Change is coming to our media and it has to be embraced. The survival of our provincial democracy demands it.