Is this NB democracy, or selective oppression? 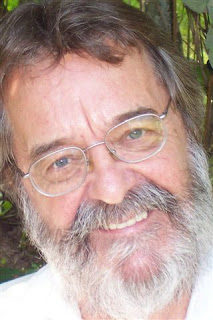 Yesterday morning I witnessed the mining commission hearing of the 26 Penobsquis citizens asking for compensation for what has been happening to them since 2004.

The citizens believe they have suffered the effects caused by subsidence (sink holes), such as loss of well water, emotional stress, loss of property value and loss of way of life.

I have heard and read public comment in defense of the Potash Corporation of Saskatchewan and the shale gas industry development in the area. Too often the public comments suggest the citizens don’t even deserve a hearing. Arguments are made that subsidence has a history in the area preceding the establishment of potash mines and petroleum industry drilling in the area.

While listening to the “David and Goliath” – citizens representing themselves in a struggle with corporate lawyers – I kept thinking of the history of flooding on the Saint John River.

This spring in the Perth-Andover area an ice jam caused flooding damage to properties. I began weighing how these property owners were any different than the citizens of Penobsquis. If, indeed, there is any difference at all.

For example there is a long history of flooding along the Saint John River, just as there is a history of subsidence in the Penobsquis area. The province’s crown corporation, NB Power, has dams on the river.

Premier David Alward is reported to have been prompt in the Perth-Andover flooding and “committed to disaster financial assistance for flood victims.”

Yet, the citizens of Penobsquis are being put through a grueling “David versus Goliath” months-long struggle over the effects of subsidence in the past ten years on the flood plain of the Sussex area beginning eight years ago.

The news link below on the flooding this spring, on the other hand, quotes the New Brunswick Premier David Alward: "I want to reassure affected residents that we are doing everything we can to ensure that their immediate needs are being met… Work is beginning to investigate the possibility of a long-term solution to the flood risk in the area, but for now, our priority is helping people to get back to normal as soon as possible.”

The story continues: The Department of Public Safety says 180 properties in Perth-Andover, the Tobique First Nation and surrounding areas have been inspected after the flood.

There have also been roughly 200 applications for financial assistance.

People with property "deemed to be beyond economical repair may be eligible for a buyout."

Why am I listening to citizens in Penobsquis suffering through a mining commission hearing? Telling me that those who lost their wells now have fire hydrants on their farmlands doesn’t cut it.

In 2004 the citizens told the government of New Brunswick that “PotashCorp was doing seismic testing…. Did the government hold PotashCorp accountable? Did they investigate the true cause, given all the anecdotal reports of the residents?”

If the government can ask only for what appears to be the lowest royalty rate for potash and shale gas; if it can maintain the highways for hundreds of tankers of brine to haul from the Penobsquis mine to Saint John Harbour; if it can give the potash and shale industry tax breaks, cut rate services and subsidies, why are the citizens locked in this oppressive struggle in the banquet room of the All Seasons Motel in Sussex.

Greg Cook, a Nova Scotia born poet and literary biographer, has lived in Saint John for the past 13 years. He is a former executive director of the Writers’ Federation of Nova Scotia and a former chair of the Writers’ Union of Canada. His latest book is Songs of the Wounded (Black Moss Press).