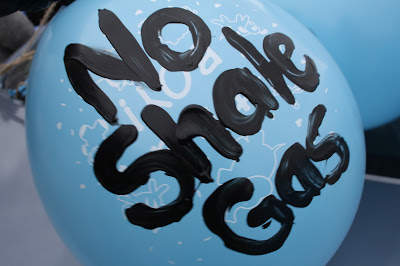 FREDERICTON - Close to forty members of the anti-shale gas movement participated in the official launch of the Blue Ribbon campaign today in the capital city. The group was led by a convoy of vehicles plastered with blue balloons and ribbons, symbolizing water conservation and protection. Those marching behind the vehicles carried anti-shale gas signs and balloons as well.

Starting at noon on the Old Native Burial Grounds on the Woodstock Road with a police escort, the march slinked it's way through the downtown. It rolled down King St. behind the Legislature, and swung back around up Queen to pass the front of the House, coming to rest at City Hall. After about an hour of peaceful protest at City Hall, the crowd dispersed.

Having lobbied the government on the issue in the past, the campaign is a signal the movement against shale gas development is moving into the lobbying of municipalities. They are asking their municipal candidates for Mayor and Councilors to take a stand on protecting the city’s air and water. 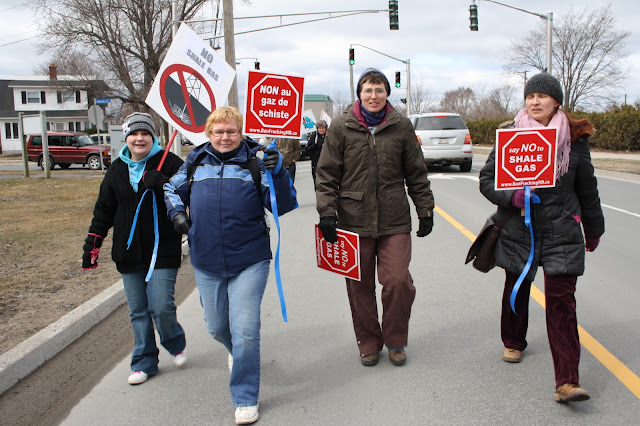 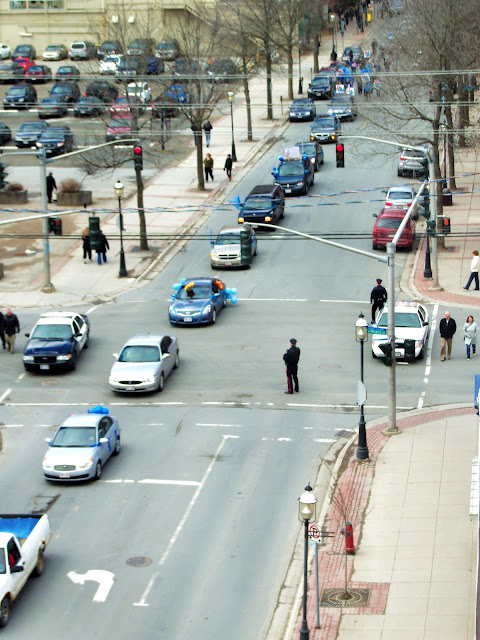 A convoy of vehicles escorted the Blue Ribbon campaign marchers through downtown Fredericton today, marking the launch of the anti-shale gas movement's lobbying of municipalities 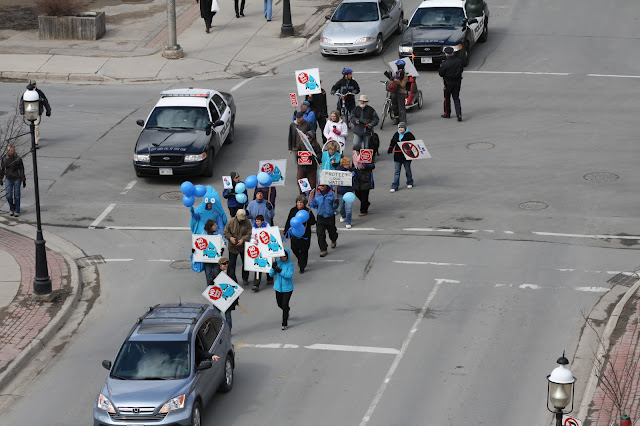 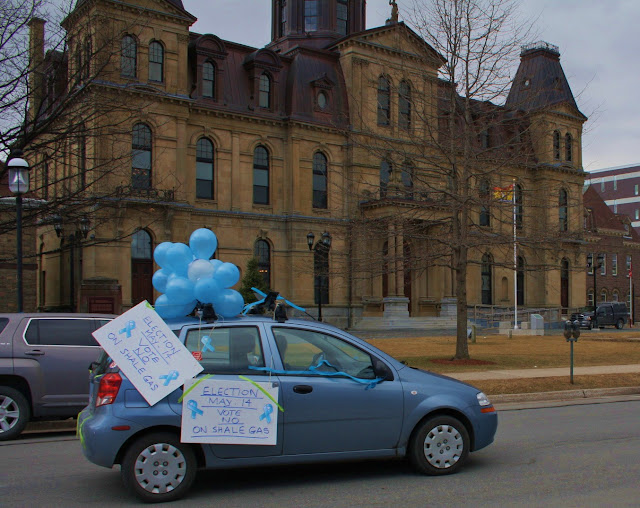 The group also passed in front of the Legislature. No doubt MLA's and the Premier sitting in session inside heard the ruckus of shouts and horns 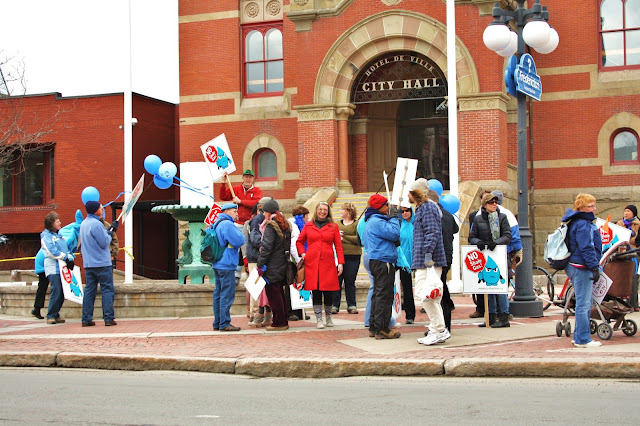 Coming to rest at City Hall, the group protested peacefully for about an hour then dispersed. No one from inside came out to speak to the group

Candidate for Mayor of Fredericton, Matthew Hayes, was out in support of the Blue Ribbon campaign today