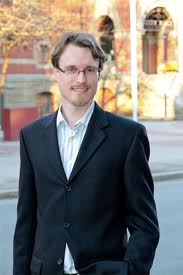 Matthew Hayes, mayoral candidate for Fredericton, is holding two campaign events this week, during which he will highlight his platform points on Public Transit and Walkability. There will be opportunity at these events to interview and photograph Hayes.

WHY: Public Transit – Fredericton is a small city with big city traffic issues. Currently, the transit system is designed to take infrequent and inconvenient routes to the downtown hub. There is an opportunity to make transit the better choice, not the last choice, by revising this approach.
Walkability – Fredericton is organized in a way that demands residents to drive everywhere and spend increasingly on gas. By making Fredericton’s infrastructure more pedestrian and cyclist-friendly, Hayes wants to encourage a more affordable and active lifestyle.
at 3:22 pm