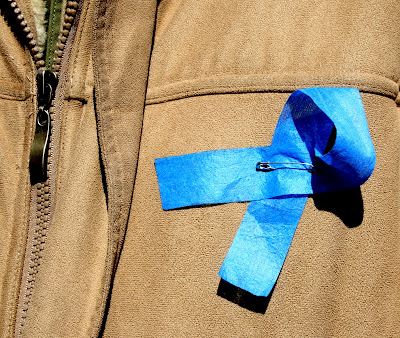 FREDERICTON - The movement against shale gas development is moving into the municipalities. Citizens in Fredericton are asking their municipal candidates for Mayor and Councilors to take a stand on protecting the city’s air and water.

To launch this election initiative, a parade of cars and trucks, followed by bicycles and pedestrians, will travel through downtown Fredericton today, Thursday, April 5th, at 12 noon.

People will gather at the parking lot beside the Old Burial Grounds at 51 Woodstock Road. The action will begin at 12 noon. The route will proceed down King Street, around the New Brunswick Legislature, and then up Queen Street to Fredericton City Hall. Vehicles and people will be decked out in blue balloons, blue ribbons, blue streamers, blue water jugs, and lots of signs. This parade will be the official launch of the Blue Ribbon Campaign here in Fredericton.

The Blue Ribbon Campaign is a grassroots action that is spreading to villages, towns, and cities across New Brunswick. With the growing enthusiasm of this campaign, organizers foresee similar actions throughout New Brunswick during the lead-up to municipal elections. The colour blue symbolizes that citizens will be voting for the Mayor and Councilor candidates who include in their platform a Ban or Moratorium on shale gas development.  On May 14th we will be voting for change.  Elected representatives and candidates will be invited to join the parade and publicly demonstrate that they will stand up to protect our air and water.
.
at 1:17 am