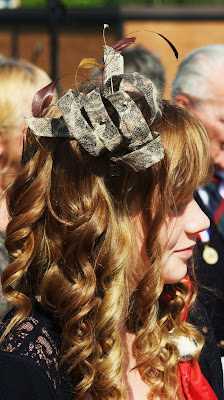 SAINT JOHN - As thousands turned out to see the royal couple in New Brunswick yesterday, some ladies in the crowds got into the occasion by sporting fancy hats like those traditionally worn by English ladies to popular public events.

Young and old came out wearing their best for Prince Charles and Duchess Camilla, demonstrating the enduring appeal of the Crown that has gained a resurgence in the past few years.

Analysts say the combination of a pro-monarchy campaign by the Harper government, and the popularity of young royals in newlyweds Prince William and his wife, Catherine, has given new life to an institution that was thought to be on the wane a decade ago.

Keelyn McGinn (photo left), a young royal watcher from Oromocto, got into the royal visit by donning the only fascinator seen in the crowd at the CFB Gagetown official welcome.

In attendance with family and friends, McGinn is a fan of the royal family, and decided to wear the piece for the occasion. She elaborates in the video below: 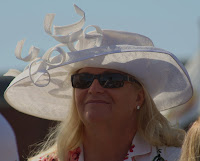 Other, larger pieces of headgear were sported by several woman in the crowds on the New Brunswick visit, making the occasion seem like Ladies Day at the annual Royal Ascot horse races in Berkshire, England - a three-day event known for it's spectacle of fancy head pieces as much as the races.

Royal Ascot is a particular favorite with the royal women, who can always be counted on to wear lovely designs that catch the eye and photographer's lense.

The Duchess of Cornwall didn't disappoint yesterday (photo right), wearing a Philip Treacy number that complimented her blue and white-striped Bruce Oldfield dress, a recycled frock last seen at the London Fortnum and Mason tea store she opened with the Queen and Duchess Catherine in March. 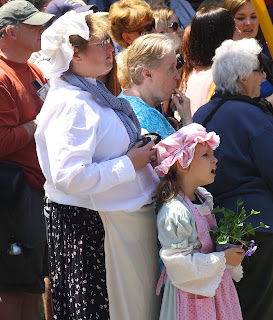 While the Duchess was hatless and in a different outfit by the time she arrived for the afternoon engagement in Saint John, many who came out to see her wore their own styles. One mother-daughter pair (left), watching the royal couple as they came up Prince William street, showed their United Empire Loyalist bent, wearing dust caps similar to period settlers.

But not everyone in attendance wore fancy hats. Some, like the little guy below, just wore regular hats to ward off a sunburn, while waiting patiently to see the Duchess and give her some flowers. 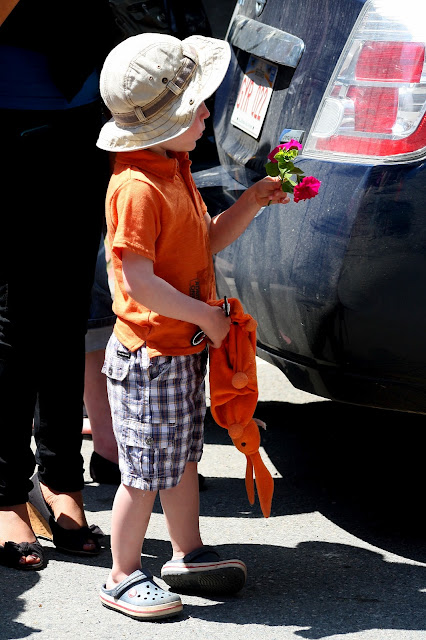