In the last several weeks, this publication has been trying to pin down government on just what exactly it's doing regarding the provincial waste water ban in relation to deep well shale gas fracking in the province. Since the fracking process requires copious amounts of water mixed with chemicals be pumped into the ground, many would consider it non-reusable waste water, and thus banned under provincial statute. This would bring the burgeoning shale gas industry in New Brunswick to a screeching halt.

A recent article in an online publication out of Nova Scotia includes SWN's general manager, Tom Alexander (left), and mentions the government was reviewing the waste water ban as it pursues the viability of shale gas fracking in the province. However, when Natural Resources Minister Northrup was asked about whether the ban would be lifted to allow for shale gas fracking, he said no. The Minister reinforced his position by getting up in the House and stating the same. 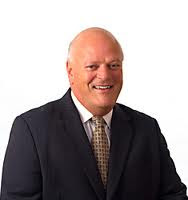 But since the word of Mr. Northrup (right) has lost credibility with many New Brunswickers on the shale gas file after gaffe's with Windsor Energy, and the lack of help for Penobsquis, his decree that the waste water ban wouldn't be lifted doesn't resonate strongly with much of the populace.

Further undermining Mr. Northrup's declaration is the statement on video by Environment Minister Fitch (left) last week to this publication, that government planned to work with stakeholders to create a white paper in review of the waste water ban. This gave the impression there is movement going on behind the scenes to have the waste water ban lifted, ensuring fracking fluids can be pumped into the ground at deep levels to remove shale gas deposits.

When the Opposition Liberals were asked about the waste water ban review, there was no indication they were aware it was even being considered by the government. It has yet to be brought up by the Opposition on the floor of the House.

Today, the DNR communications office contacted this publication in response to its probings:

"Here, for the record and approved by Minister Northrup, is what we have to say on this topic: This is erroneous information that is being spread. Deep well injection of waste water is not permitted in New Brunswick and there is absolutely no thought being given to allowing this process to take place in the future."