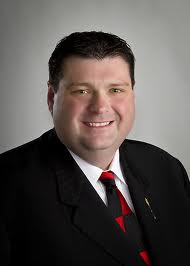 FREDERICTON – Opposition Health Advocate and MLA for Miramichi-Bay du Vin, Bill Fraser, is concerned that Health Minister Madeleine Dubé’s move to put through a new set of by-laws for the Regional Health Authorities will put a muzzle on doctors from speaking out on issues.
Fraser raised the issue last week after hearing concerns from the medical community that the new RHA by-laws could discipline, suspend or even dismiss medical staff for speaking out on issues that “is or is reasonably likely to be detrimental to the RHA”.
“Minister Dubé is placing a muzzle on doctors from speaking on issues that could be of concern to their patients or the wider public. These new rules imposed by the Minister could mean that doctors are at risk of getting fired if they speak out against decisions made by the Alward government.”
The medical community in New Brunswick has been vocal in past months about a number of issues with Alward government, including government’s about-face on the purchase of 3T MRI machines in Saint John and Moncton and the loss of the Canadian Blood Services processing facility in Saint John.
Fraser is concerned that these new rules are the Alward government’s retaliation against the doctors from speaking on these issues.
“Doctors need to have the freedom to advocate for patient care. If decisions are being made by Alward’s government that are detrimental to New Brunswickers, doctors should be allowed to speak up against them.”
However, when the New Brunswick Medical Society was contacted today for comment on Fraser's claims, no one was available for an interview.
Among the new rules is a condition that the CEO of the health authority must be present at every Local Medical Advisory Committee. Fraser says this rule ensures that the Health Minister has direct control over this committee and the decisions it makes.
“Last year, the Alward government changed health legislation so that the CEOs of the RHAs reports directly to the Minister of Health, instead of its Board of Directors. These new by-laws only serve to tighten the Health Minister’s grip on decision-making powers.”

Deptartment of Health spokesperson Jennifer Graham was asked for comment today. However, there was no response as of this evening.
at 8:55 pm