FREDERICTON - The Prince of Wales and the Duchess of Cornwall have officially arrived in Canada for the Royal Visit 2012 in celebration of the Queen's Diamond Jubilee year.

Their RCAF Challenger touched down on time at precisely 7:45 pm and they came down the steps on a windy tarmac and beautiful sunset.

Tomorrow at 10:30 am, the royal couple is officially welcomed by Governor General David Johnston during an engagement at CFB Gagetown. After the welcome ceremony, the couple will also learn about the veteran entrepreneurship program that helps vets transition into civilian life through business enterprises, and meet families of the fallen before heading out to Saint John for further engagements.

In the meantime, you can check out tonight's arrival in the photo's below: 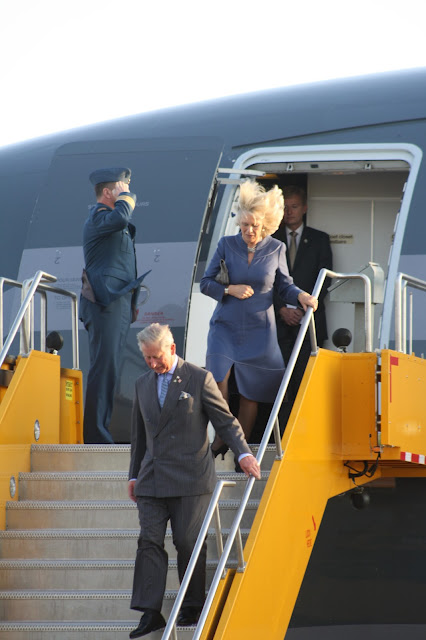 Above, their Royal Highnesses arrive and come down the steep steps to greet waiting dignitaries. The wind at the airport was hard on the Duchess's hairdo. 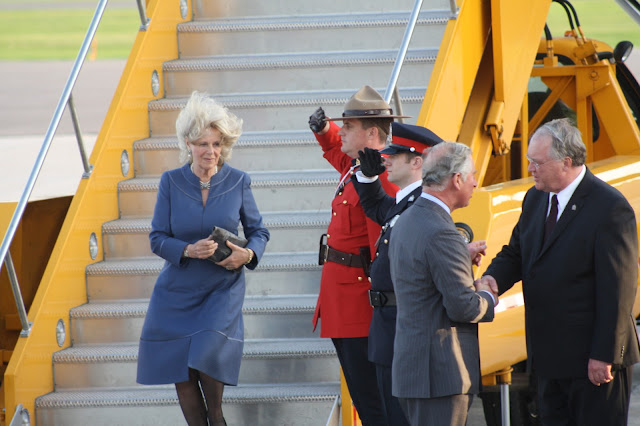 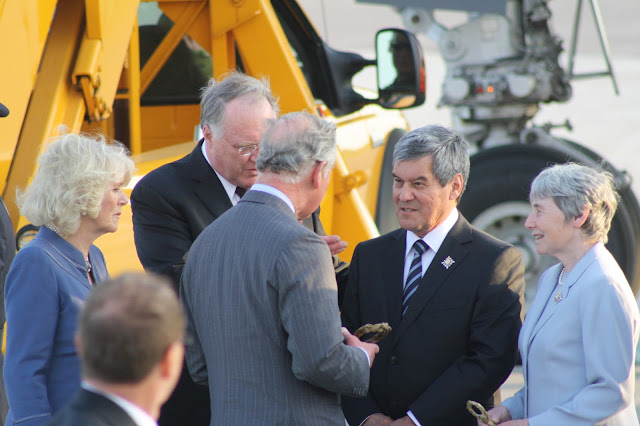 Lt. Governer Graydon Nicholas and his wife, Beth, right, chat amicably with the Prince shortly after touchdown at the Fredericton Airport. 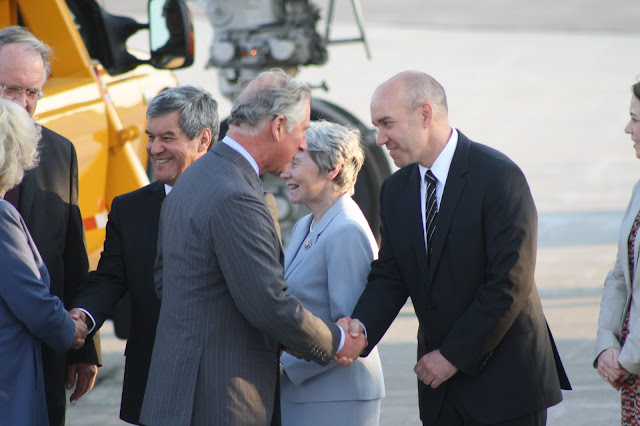 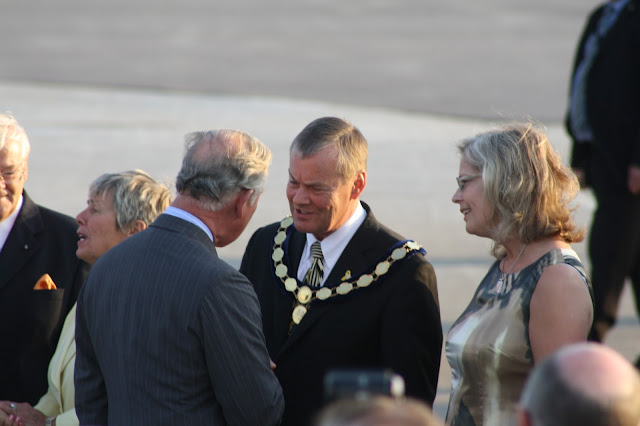 Fredericton Mayor Brad Woodside, centre, and wife Anne, right, smile as they say hello again to the Prince. Mayor Woodside has greeted the Prince several times in his many terms as Mayor. 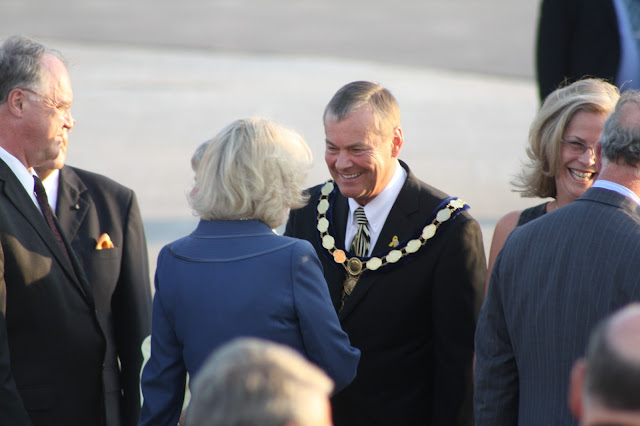 Mayor Woodside, centre, smiles as he shakes the hand of the Duchess of Cornwall, while wife Anne, right, shares a laugh with the Prince. 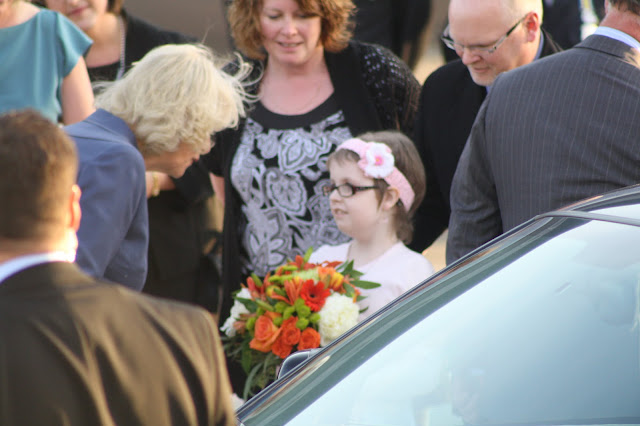 Eleven-year-old Kaitlynn Tozer presents the Duchess of Cornall with a brilliant bouquet upon the arrival of the royals at the airport in Fredericton this evening. 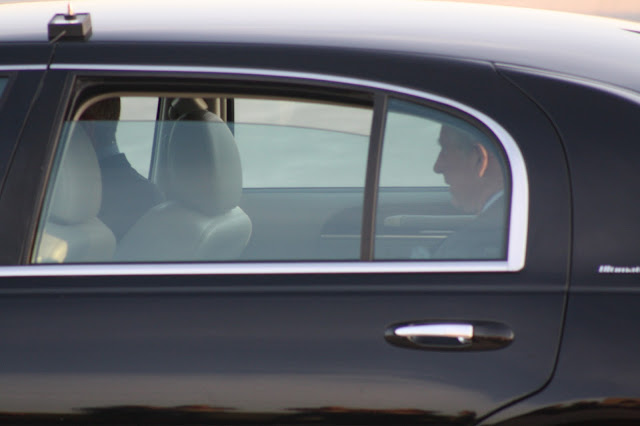 Their Royal Highnesses quickly left in their limousine for their hotel in Fredericton. They have a long day of duties tomorrow.