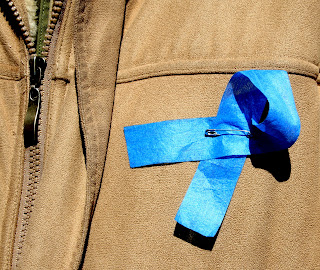 FREDERICTON – Groups in New Brunswick concerned about groundwater and air protection intend to bring the discussion surrounding the Alward Government, and the shale gas industry’s intentions to move forward with development, to public debates by panelists presenting each side of the issue this week.

In October 2011 Premier David Alward publicly stated that Members of the Legislature would be organizing town hall and information meetings later that month, “to hear directly from their constituents on this important issue.” In the spirit of Premier Alward’s suggestion, the group Friends of the UNB Woodlot will host the first of these debates this Thursday, May 10, starting at 7:00 pm at the Cathedral Memorial Hall, 168 Church St. in Fredericton.

The group said information is now coming to light that the Saint John River is home to one of Canada’s largest aquifers. This comes on the heels of a study out this month by the National Ground Water Association in the US pointing out that the potential deterioration of rock formations by hydraulic fracturing fluids can allow fracking chemicals and other toxins to flow to ground surface rapidly and migrate to aquifers well within the period of a decade.

“Complete aquifer mapping has not been conducted to-date but we understand that one continuous aquifer under the Saint John River Basin extends east-west from two kilometers below Woodstock to two kilometers above Welsford and extends north-south to the headwaters of the Nashwaak River and the headwaters of the Oromocto River,” said Mark D’Arcy, spokesperson for Friends of the UNB Woodlot. “The significance of this is very simple. Any water contamination by shale gas development that happens on the outskirts of Welsford will affect the water that people in Fredericton drink," he added.

D'Arcy said proper aquifer mapping and groundwater flow monitoring are crucial to establish the interconnections of groundwater systems before the government can even consider promoting this industry anywhere in the province. He noted SWN Resources has a license to explore 1.2 million hectares that cuts across the aquifer upon which communities like Fredericton and Woodstock draw their water.

"This public debate is important for citizens to hear both sides of this important issue, especially with exploration imminent in the province”, said event moderator Dr. Jean-Louis Deveau. "We are waiting for a response from Government as to who will represent their position."

Deveau assured the public that the government position will be represented as clearly and as fairly as possible.

"If necessary, one or two panelists will read the public position taken by the David Alward government, industry, and business groups like the Fredericton Chamber of Commerce," he said.

The map below, and its accompanying description by geological spatial analyst Lawrence Wuest, illustrates the concerns the group has about the far reaching effects of chemical contaminates seeping into aquifers across the province:

A key Canadian aquifer in the Moncton Basin (inset) is associated with the carboniferous basin that underlays roughly a third of the province and almost all of SWN's license. The Water Resources Branch of NB Dept. of Environment and Local Government reported in 1980 that in these deposits (coloured pink) "...water flow is predominantly through fracture porosity" .
In other words, the fracture porosity creates the pathways for communication of contaminants from failed well casings over tremendous areas with aquifer potential. Reportedly the gas shales of interest lie in shales below these deposits. The northern boundary of these carboniferous deposits runs right through Fredericton. Fredericton's wellfield aquifer is reportedly in glacial and fluvial deposits much nearer the surface and largely connected with the Saint John, Keswick, Nashwaak and Oromocto river runs.