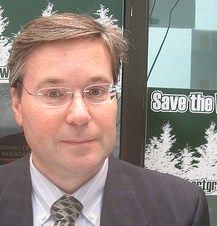 The citizens of Fredericton are tired of back-room deals that have been made months, and even years, before the public finds out about them.

On March 17, 2012, seemingly out of nowhere, the public reads the front-page article in The Daily Gleaner entitled “City seeks replacement options for Playhouse".  The media spin started about the Playhouse not being an adequate venue, and the Fredericton Playhouse Inc. and the City of Fredericton announced that they have issued a joint public proposal call for a feasibility study from architects and facility planners for a new performing arts centre to replace the city-owned Playhouse. Proposed locations for the new Playhouse were already being discussed, including the old Acadian Busline terminal on Regent Street and the old Court Records building beside the Crown Plaza.

This was mentioned in an item posted by the Purple Violet Press.

But decisions had already been made, and actions taken, all without any public consultation.   The construction of the Convention Centre on Queen Street, and Chancery Place on King Street, essentially orphaned the existing Playhouse inside walls of concrete.  All parking space was eliminated for the large transport trucks that often accompany symphonies, dance groups, and music acts.  Why would you do this? Unless you already knew that the Playhouse was going to be replaced.

All public consultation and feasibility studies should have been conducted before plans for the Convention Centre and Chancery Place were conceived.  But this is not how the Old Boys’ Club works here in Fredericton.

With over 15 years of community vigilence in development issues here in the City, let me list some of the tactics of the Old Boys’ Club: councillors who do not disclose requested information, do not distribute electronic documents, and who seek to curtail or reject public presentations and opportunities for debate; unanswered letters or e-mail requests from the City Clerk’s and Mayor’s Office; city staff reports released a mere 2 days before development meetings planned weeks in advance; the use of City of Fredericton spam filters to block all e-mail messages from selected individuals and community groups to city staff and councillors; not holding ward meetings in your community; the Mayor ending all discussion by stating that a particular development or decision is now a “non-issue” and needs no debate by Council; selling parks without public tender; and the systematic public relations campaign waged against concerned citizens to label them as reckless, anti-development, and ruinous to the economy of Fredericton.

Perhaps the most troubling sign of this Old Boys Club is the new phenomenon over the last couple of years for the entire City Council to not hold any debate when they hold their third reading and final vote on an important decision.  This arrogance is now routine at public meetings of City Council during important decisions, and they call it “efficiency”.

Third reading of developments used to be the opportunity for the public to hear each Councillor comment about the reasons why they are voting to approve, or turn down, a decision.  Now there are very few public comments by Councillors during 3rd reading of important decisions.  This was recently highlighted by the breathtaking silence and speed during two key decisions:

On March 14, 2011, City Council took a brief, breathtaking two (2) minutes to approve another 70’s style sprawl development in the UNB Woodlot.  There was no debate.  Not one city councillor made any public comment, and there was no resolution for a Flood Risk study that was formally requested by the Friends of the UNB Woodlot.

And on April 10, 2012, City Council took another brief, breathtaking two (2) minutes to approve a weak “you-have-to-ask-us-first” resolution on shale gas development within the city. Not one city councillor made any public comment about the public health threats from outside air pollution drifting into our city, and there was no resolution for a formal ban in Fredericton using our zoning by-law, or a resolution to the Province asking for a moratorium or ban on all shale gas development.

These decisions highlight that more and more decisions by City Council are made behind closed doors.  The shale gas issue is most telling.  Mayor Brad Woodside was on record that he never came out on the side of shale gas, that he was not at the meeting of the Union of the Municipalities when the Sackville resolution on a shale gas moratorium was narrowly defeated, and that the City of Fredericton has not taken a formal vote on it.

But the public was deliberately misled when they were told that the City of Fredericton has not taken a formal stand on shale gas.  In fact, Fredericton voted against the shale gas moratorium resolution at the Union of the Municipalities of New Brunswick meeting last September 2011, a meeting attended by Mayor Brad Woodside and Councillor Stephen Chase.  This resolution was put forward by the Town of Sackville for the Union to lobby the Province for a moratorium on shale gas but the resolution was narrowly defeated 22-to-18.

On May 3, 2012, CBC Information Morning Terry Seguin interviewed former Fredericton Councillors Norah Davidson, Joel Richardson, Brenda Sansom, about this “old boys network”.  This interview confirmed that councillors form little groups that organize and push through their agendas, and make decisions without listening to the public.

The way our present Mayor and City Council do business is not acceptable.

A major priority over the last decade of the City of Fredericton has been to avoid public review for new developments.  More and more developments here in Fredericton now fall under this "as-of-right" zoning.  This is why our zoning maps indicate more and more pre-zoning land use rights to property owners.  This is also why our Zoning-Bylaw is continually updated with "permitted uses".  Another "Zoning By-law Review Committee" has just been initiated by the City of Fredericton and it is stacked with developers and their stakeholders.  I am disappointed but not surprised.  We need to change this "as-of-right" development or else the public will lose its participation in any meaningful long-term planning and co-ordinated development of our southside downtown, Main Street business area, and our neighbourhoods.

Most important amongst these initiatives is to reverse "as-of-right" development in Fredericton, engage the community at the start of any development planning for their neighbourhood, have councillors hold regular Ward meetings, allow a Public Input Period for citizens to make presentations to Council, post the agendas of Committee and Council meetings in a timely manner, and make available digital copies of City Staff Reports prior to public meetings.

Without these changes, the threat to our neighbourhoods is real.  I would suggest everyone take a look at the new buildings that have been allowed to be built on Victoria Street between York Street and Westmorland Street. The absence of planning, setbacks, or landscaping is what our present Mayor and City Council allow developers to inflict on our community.

We need to vote for change on May 14th.