Where do you go when police fail to investigate police? 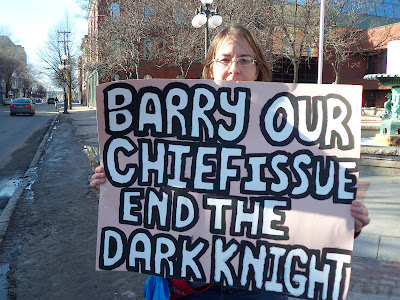 Local woman Jennifer Wambolt was protesting in front of city hall in Fredericton today, feeling like she'd been driven to do so after getting nowhere with an assault complaint she says the Fredericton City Police failed to follow up on. The complaint was against two RCMP officers, whom Wambolt alleged assaulted her while in the emergency ward at the Chalmer's Hospital. Wambolt fought to have the complaint investigated, taking it all the way to Fredericton Police Chief Barry MacKnight, who failed to follow through and the file was closed. Wambolt also complained to the Police Commission about the lack of action, but it too dismissed her. Desperate for justice, Wambolt is on the street trying to get public attention for her plight, with people stopping to speak to her and learn of her story today. 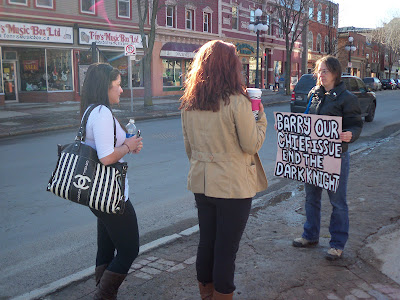 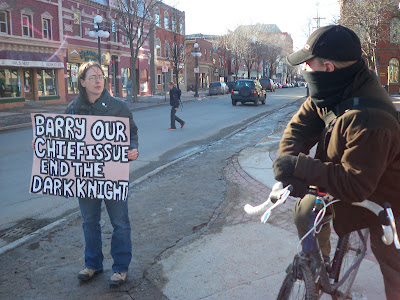