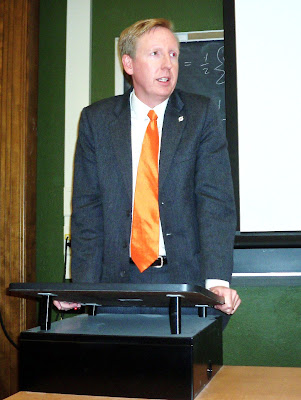 “Our debt-to-GDP ratio keeps going up,” said Cardy. “The government predicts New Brunswick will have the slowest economic growth in the entire country.”

"Minister Higgs has told the people of New Brunswick we need to ‘want less’. What the people of New Brunswick want is a government with a long term vision. They deserve better education, and less money wasted on corporate handouts. Minister Higgs committed $10 million for Invest NB, a government agency that hasn’t created a single job, but only committed $2.5 million for Elementary Literacy programs.”

“As a constructive opposition, New Democrats give the Conservatives credit for balancing the books, but we have to be clear that the savings and efficiencies estimated in the budget at $226 million are based on hopes, not facts,” said Cardy.

Cardy said, “I am concerned over the absence of a real plan for public-sector pension reform. The New Democrats call on the government to discuss the New Brunswick Union’s proposals on this file,” said Cardy.

Cardy did have praise for Minister Higgs. “I am encouraged about the possible sale of the government plane, increasing the Financial Corporation Capital Tax, and the $6.4 million committed for pay equity, among other positive measures.”