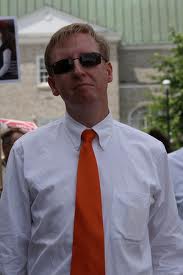 FREDERICTON –New Democrat Leader Dominic Cardy has joined the Canadian Cancer Society in calling for a law to ban tanning salons from allowing kids under 18 from using tanning beds.

A Department of Health evaluation has found that fifty-five per cent of salons evaluated would let customers under the age of 18 use their tanning beds. Seventy-five per cent failed to display all mandatory health warnings.

In the 2010 provincial election, the New Democrat platform called for a law banning salons from letting kids use tanning beds. Tanning beds are classed as a Class A carcinogen by the World Health Organization, meaning they are confirmed to cause cancer. Using tanning beds during youth increases a person’s risk of developing melanoma, the deadliest form of skin cancer.

From 1992 to 2009 New Brunswick was the only province in Canada that banned kids under 18 from using tanning beds. The law was revoked by Premier Shawn Graham’s Liberal government.

“First, the Graham Liberals inexplicably revoked the law. David Alward’s Conservatives did not say a single word in the Legislature to oppose this catastrophic decision for kids’ health. Then the Graham Liberals flipflopped and brought in a voluntary code for the artificial tanning industry. The Health Department report shows code is not an effective replacement for the legislation the Liberals repealed,” Cardy
said.

The voluntary guidelines include “mandatory” displays of health warnings in salons and limiting tanning to adults. Some tanning salons have come forward saying they had no idea these guidelines existed.

“Guidelines mean nothing if they are not followed,” Cardy said. “Premier Alward needs to stand up and stop our kids from lying down with cancer.”