One out of seven New Brunswickers invisible in Minister Higgs’ Budget 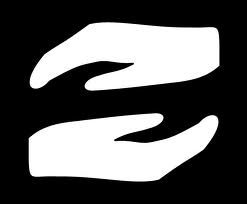 MONCTON - "In Minister Blaine Higgs’ budget speech – Rebuilding New Brunswick Together, people living in poverty don’t seem to exist since no consideration is given to their needs. The word poverty is totally absent. The Minister chose to exclude over 100,000 citizens living in poverty as potential builders of this province” says Jean-Claude Basque, Provincial Coordinator of the NB Common Front for Social Justice.
“When we analysed the 2012-2013 Social Development estimated expenditures, not only did we not find additional money to offset inflation but instead, we noted that there will be a decrease of $7.5 million, compared to the amount spent by that Department in 2011-2012. This unreasonable cut is made in spite of the fact that since the economic crisis of 2008, there has been an increase in the yearly average number of NB social welfare recipients. In fact, in 2009-2010, the yearly average number of individuals forced to rely on social assistance was 39,058. In 2011-2012, the number rose to 40,747, an increase of 1,689 claims.” says Basque.
Minister Higgs did not include money to adjust the basic social assistance rates to keep up with the cost of living. Rates have been frozen since October 2008 for the vast majority of the recipients. Throughout Canada, our province has earned the reputation of caring the least for its most needy citizens.
“Our Finance Minister’s budget has completely cut out the $4.7 million dollars allocated last year for the Public Housing Program, money which served to carry out capital renovations and repairs. He has also reduced by $700,000 the provisions for basic health services, including dental services, vision services, and medical equipment and supplies. He reduced by $1 million the money allocated to the Adult Learning Program. His budget does not include additional money for many programs and services that alleviate poverty.”continues Basque.
Low income workers and social assistance recipients are faced with the same rising costs of basic necessities as everyone else. A New Brunswick survey on food prices conducted by the Common Front for Social Justice showed that between 2006 and 2011, the cost of food has gone up by 26.5%. The financial situation of these people is worsened by the increases in electricity, gasoline and furnace oil.
In the Minister of Finance’s budget, no mention is made of two promises included in the 2011 Throne Speech, namely a new vision and dental care program for children from low income families (supposed to be implemented in April 2011) as well as a prescription drug program for uninsured people in the province. Both of these programs were part of the Poverty Reduction Plan.
We noted an increase of close to $1 million for the Economic and Social Inclusion Corporation. This money will probably go to cover administrative expenses. It will certainly not put food on the table of people living in poverty.
The NB Common Front for Social Justice has repeatedly said that part of the province’s fiscal problems stem from the 2008 tax reductions implemented by the Liberal government and partly continued by the Conservatives. We had proposed that the province return to the 2009 taxation system, with four income tax brackets, plus a fifth one for those earning $150,000 annually.
“Our proposal, if implemented in the 2012-2013 budget, would have brought in $260 million dollars in new revenue each year, enough to start reducing the deficit and to preserve or enhance social programs.” says Basque.
Minister Higgs has not seen fit to implement this much needed change. Instead, his upcoming budget estimates that revenue from corporate income tax will go down by $2 million.  Moreover, he plans to implement a gradual reduction in provincial residential property tax rate on apartments, on secondary homes and on cottages. Provincial business property taxes are projected to go down. As a result of these decisions, inequality between the poor and the rich will rise.
“Clearly, instead of making it easier for people living in poverty, the 2012-2013 budget is going to make it much harder.” concludes Basque.
at 10:01 pm