The power of Earth Hour in Fredericton 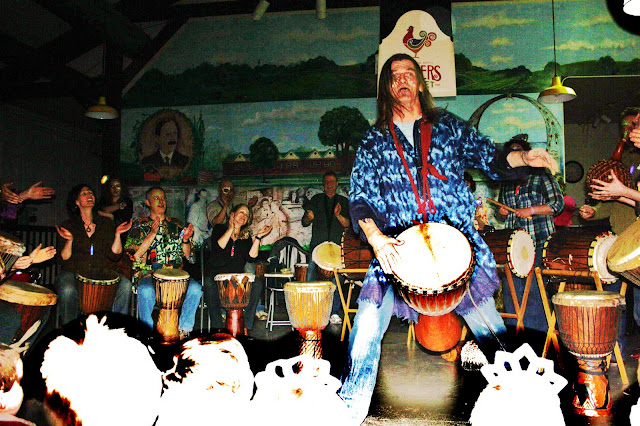 Above, Big Love Drumming provided the entertainment while the lights are out during Earth Hour in Fredericton 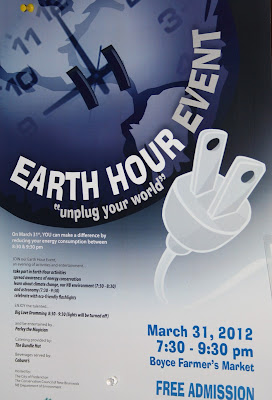 Over 200 people of all ages attended the Earth Hour event at the Boyce Farmer's Market this evening in Fredericton, marking a global day of action reminding us to unplug for an hour and reduce energy consumption.

Several booths were set up on the premesis spreading awareness of energy conservation and climate change, including the Conservation Council of New Brunswick and Efficiency NB. The Royal Astronomical Society of Canada was also on hand with powerful telescopes, providing attendees with a glimpse of the universe in the night sky. The Bundle Hut provided the vegetarian eats, while Coburn's served up delicious warm apple cider. Big Love Drumming used some energy of it's own to entertain the crowd during the hour the lights were out, joining people around the world who took part in the Earth Hour event today. 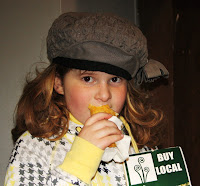 The funky beats and vegetarian treats were a draw for the kids, along with Perley the Magician and cool science tricks by Science East. It showed children energy conservation can be fun while teaching them about the importance of the environment. 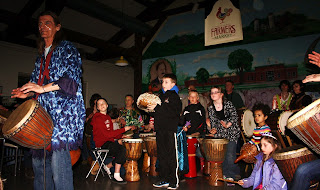 Present and future politicians were mingling in the crowd at the Earth Hour event, including city councillor and chair of the Public Safety and Environment Committee, Eric Megarity, and mayoral hopeful, Matthew Hayes. The men could be seen chatting with each other at one point during the event. 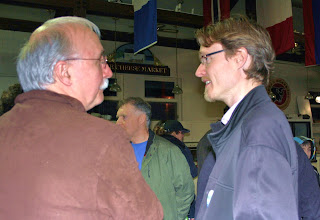 Speaking to this publication about what Earth Day meant to him, Megarity thought it a way for people to show they care about their planet now and in the future, as well as raise awareness on the issue.
Hayes, for his part, felt it a time to reflect on the state of the Earth's environment, while making suggestions on what more can be done locally to combat climate change.
Members of the general public also voiced what Earth Day means to them, making articulate and well thought out comments on the relationship between human beings and nature.
Energy-saving gadgets were also handed out during the evening, with a particular device seen in the hands of many children at the event. One little girl kindly explained what it was, as seen in the video below, and how it helps the Earth.
The public was still streaming into the building shortly before the lights went out and the drumming began.

No doubt it was an evening of awareness, but for one little girl, it was a great way to stay up past her bed time. 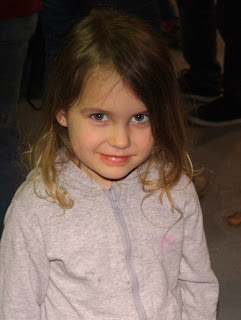