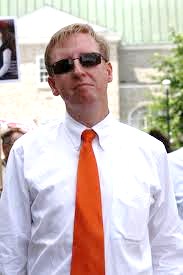 FREDERICTON - “Seeing the jobless figures slide to the bad side of ten percent is sad,” said New Brunswick New Democrat Leader Dominic Cardy, “but not a surprise.”

According to Statistics Canada, the unemployment rate rose to 10.1 per cent in February compared to 9.5 per cent in January.

“The government needs to recognize that unemployment cannot be driven down by bribing companies to hire New Brunswickers,” said Cardy. “We have to invest in our workers through education, job re-training, and a health, infrastructure and energy sector that leads the country. When we have that we will attract companies who will create high-paying high-skill jobs. That has to be our goal.”

Cardy said, “The unemployment rate can rise and fall each month – our focus has to be on a long term plan to make New Brunswick a world leader in innovation and entrepreneurship. When that happens, unemployment will fall. But that won't happen until a party free from ties to corporate welfare wins an election. That's what New Democrats are here to do.”
at 10:28 pm