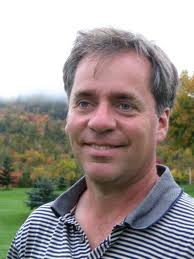 We asked Natural Gas Group spokesman Marc Belliveau for a response as to whether the numbers have any merit and, if so, what consequences that would have for NB shale gas royalties. We received the following reply:

"I think you mis-typed something in your e-mail. If there's $1 trillion worth of revenue we'd be lending money to the U.S. Bob has interesting stories but cannot comment on them in this context...the most common numbers that I have seen - if the industry takes off - is $200 million or more in royalties to the province and literally thousands of jobs. But it's still an unknown as they are still exploring to determine if it can happen. A trillion is one thousand billions. Our net debt is 10 billion. So I would be amazed if Bob used those numbers. He may have said trillion in cubic metres of gas or something, but I didn't see the report."

We have sent out a Tweet asking Jones where the numbers were obtained. It will be posted when available.