The Purple Violet Press Poll: Should Charles LeBlanc be able to return to the Legislature? 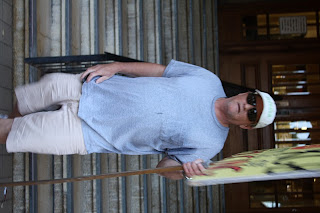 For some years now, blogger Charles LeBlanc has been voicing his frustration with what he sees as an unfair banning from the grounds of the New Brunswick Legislature. From his point of view, public figures should be held accountable to the citizens and be accessible to all media. LeBlanc posed tough questions when he covered the Legislature, sometimes pushing the boundaries of protocol, to the discomfort of building security. The Clerk of the Legislature recently voiced staff dislike of LeBlanc's aggressive tactics in pursuing a story, saying disrespecting authorities in the building is what led to his ban after several complaints were received.

Both sides have a compelling point. Where do you stand? Take the poll at the right and let us know.
at 2:22 pm