Upwards of thirty anti-shale gas protesters crowded into the gallery at Fredericton's city hall this evening to hear Friends of UNB Woodlot members Mark and Caroline D'Arcy ask council for a meeting about banning shale gas within city limits. Having been rebuffed by the City Clerk's office in request of a formal presentation to council, D'Arcy felt he had no choice but to confront council during its weekly meeting. An irate Mayor Brad Woodside scolded the D'Arcy's for interrupting proceedings since they weren't on the agenda. Woodside also reiterated the city's position on no shale gas being allowed in the city and was exasperated that it wasn't enough for D'Arcy. As D'Arcy persisted in asking the city for a meeting time and requesting the city take a proactive approach to banning shale gas like other municipalities around the province, Woodside's patience grew thin, asking Police Chief Barry MacKnight to step in and remove the couple. Media crowded around the D'Arcy's and MacKnight outside council chambers, with the D'Arcy's eventually being persuaded to leave the premises. Before leaving, however, the D'Arcy's held court in the city hall foyer and spoke to the media about the necessity of the city to be proactive in banning shale gas work within city limits. 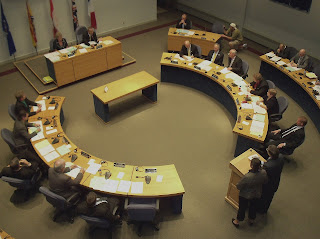 Mark and Caroline D'Arcy, right, surprised city council Monday evening when they unexpectedly took the podium to ask for a formal meeting with council on the ban of shale gas within city limits. (Photo: Cheryl Norrad) 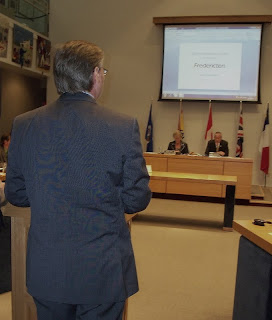 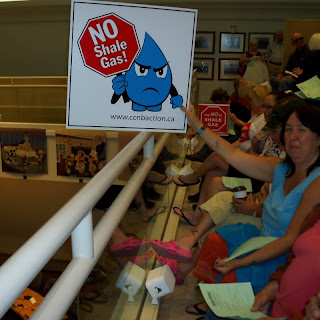 Anti-shale gas protesters sat in the gallery to support of Friends of the UNB Woodlot's request for a presentation on banning shale gas within Fredericton city limits  at council on Monday evening. (Photo: Cheryl Norrad) 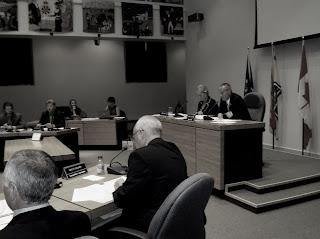 Mayor Woodside voices his annoyance at the Friends of the UNB Woodlot commandeering the regular Monday night council meeting to request a presentation on banning shale gas in Fredericton. (Photo: Cheryl Norrad) 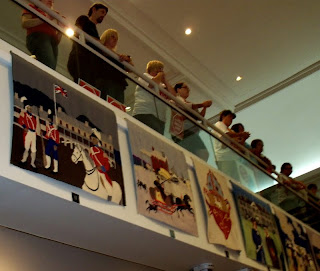 Supporters stand in solidarity with Friends of the UNB Woodlot in asking city hall for a meeting on the ban of shale gas within city limits during Monday night's city council meeting. (Photo: Cheryl Norrad) 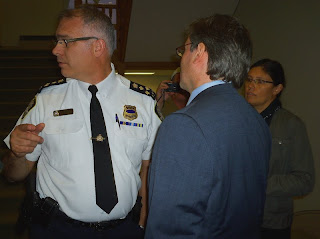 Police Chief Barry MacKnight was asked by the Mayor to escort Friends of the UNB Woodlot members Mark and Caroline D'Arcy from council chambers after they crashed proceedings Monday night and persisted in requesting a meeting with the council on banning shale gas in the city. (Photo: Cheryl Norrad) 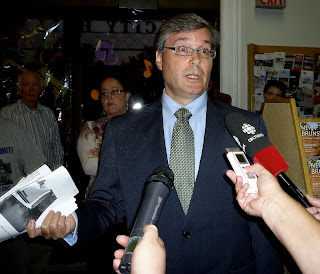 Friends of the UNB Woodlot member Mark D'Arcy speaks to the media after he and his wife, Caroline, were escorted from council chambers Monday evening. D'Arcy wanted to know why the City of Fredericton isn't taking a proactive approach and bringing in by-laws to ban shale gas within city limits. (Photo: Cheryl Norrad)
at 9:21 pm