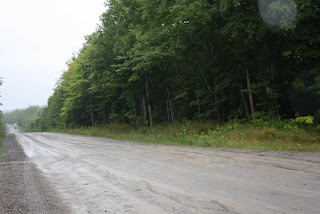 The anti-shale gas blockade on route 625 near Stanley has come to an end. Shortly after 6 pm this evening, a whoop went up from the crowd of protesters, who then began pulling up stakes, while the shale gas exploration crew hauled out with relief. Police and other officials were pleased the protest remained peaceful. Everyone involved left the blockade location as empty and pristine as they found it. (Photo: Cheryl Norrad) 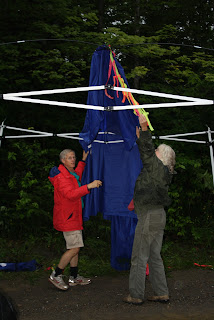 Protesters took down tarps and canopies soon after it was announced the blockade was over.  (Photo: Cheryl Norrad) 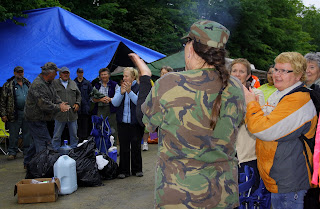 Protesters applaud each other for a peaceful demonstration that brought New Brunswickers of all races and creeds together.  (Photo: Cheryl Norrad) 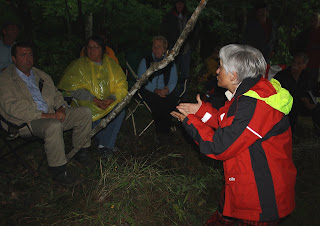 Mainstream media was kept out of the meeting between protesters and MLA Kirk MacDonald, but blogger media wasn't. Above, protester Maggie Connell pleads the anti-shale case with MacDonald. (Photo: Cheryl Norrad) 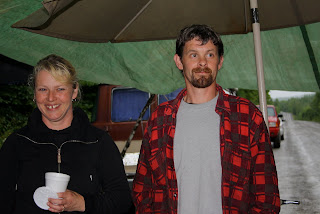 The owners of Billy's Restaurant in Stanley, Shelly and Clinton Estey, kept protesters fed and watered during the almost 36 hour blockade on route 625.


*We wanted to interview the seismic exploration crew at the end of the blockade, but they declined to be on camera or speak to the press. - ED.