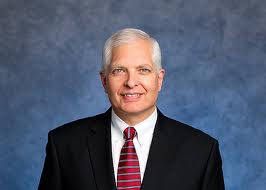 On the shale gas battlefront this summer, Natural Resources Minister Bruce Northrup stated to various media only a few wells would be fracked in the next few years, in keeping with the timeline for shale gas work in the province.

However, The Purple Violet Press has obtained a copy of the minutes from SWN's second quarter earnings teleconference with investors on July 29, 2011, which stated something else.

The following is quoted from the minutes where SWN CEO Steve Meuller discusses future fracking in NB with investors:

"Switching to new ventures...there will be several wells ultimately in New Brunswick to figure out if that play works...What you're going to see starting next year as a ramp up where we're probably doing between 10 and 20 wells a year on new ventures..."


We wondered if the Minister is aware of this information.

We have contacted Natural Resources for comment. We await their reply.

A short while after contacting DNR, we received the following clarification from SWN General Manager, Tom Alexander:

"You have a piece concerning a statement from our CEO that you have interpreted to mean we might drill 10 to 15 wells in New Brunswick next year. Your interpretation is incorrect. The statement clearly says there may be that many wells in New Ventures. New Ventures is the division within Southwestern Energy that looks for new resource plays throughout the US and world. The Minister of Natural Resources will not have knowledge of SWN's New Ventures group's planned activities in other parts of the world."


So, we asked Alexander if he was speaking on behalf of both SWN and DNR.  His reply:


By the end of work day, we still hadn't received a reply from DNR communications.


UPDATE:  Alexander is correct. Up to a point. In reviewing the minutes again, we found New Ventures as a name is mentioned once in the middle of a paragraph, but at all other times is typed 'new ventures'. Nowhere in the minutes is there a specific reference to New Ventures being a division of SWN. - ED.