Intimidation in Penniac on Weekend 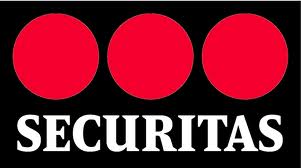 PENNIAC - Local Penniac resident Joe Stafford and wife Marjorie were with Stafford's brother on the weekend doing some ATV-ing in the area's backroads when they came across a SECURITAS truck blocking a road to the brother's camp. They wanted to go down the road to check on the camp that is situated along the public route. However, the group had difficulty accessing the road.

"A white truck from the private security firm SECURITAS was blocking the entry as we came upon it," said Marjorie Stafford. "Joe's brother went to drive around it and as he did, the SECURITAS truck backed up and almost hit him," she said.

Stafford's brother got past the truck, but the same thing happened when he and Marjorie attempted to pass.

"I was upset and went to speak to them, but the female guard on the passenger side rolled her window up and locked the door so I couldn't speak to her," said Joe Stafford.

Going around to the other side to the male security officer behind the wheel of the truck, Stafford voiced his frustration, but was admonished for being in the area by the officer, saying work was taking place and the Staffords shouldn't travel the road.

The group ignored the officer and went down the hill anyway to check on the camp, coming across no workers, but did encounter a bog caused by large vehicle tracks and they could hear a motor running in the distance. Seeing signs denoting explosive testing going on in the area, the group went no further.

Taking a different route to exit the road, the group encountered another SECURITAS truck. They asked one of the officers inside where the supervisor on site was so they could lay a complaint about the aggression of the officer at the other road.

Pointing down a nearby road, the officer said that's where the group could find the supervisor.

"When we got there we saw several vehicles with plates from Alberta, Nova Scotia and New Brunswick," said Marjorie Stafford. "There was also a SWN truck there," she said.

Joe Stafford demanded to know who the supervisor on site was and eventually, Ron Skeleton of SWN stepped up and said he was.

Stafford related what had happened with the SECURITAS officer, voicing his anger at the officer's attempts at intimidation with the truck in trying to prevent the group from accessing their land where the camp sits.

Stafford said Skeleton replied that shouldn't have happened; that it's not the policy of SWN to use such tactics to prevent locals from enjoying the woods.

Stafford said he will be contacting both companies to lodge a formal complaint. He wants to try to head off any future confrontations with security personnel to ensure it doesn't escalate into something violent.

"We understand they have a job to do," he said. "But that doesn't give them the right to intimidate us."

The Purple Violet Press contacted SWN General Manager Tom Alexander for comment and asked why security is required. We hope for a response soon.
at 10:36 pm