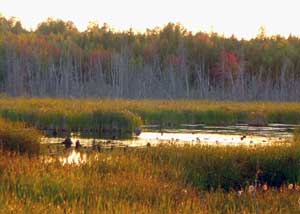 Above is seen a portion of the UNB Woodlot. (Photo: Mark D'Arcy)
FREDERICTON - The Friends of the UNB Woodlot had a meeting in the capital city Monday with Energy Minister Craig Leonard. Concerned about shale gas development within city limits, the group cited the need for stringent watershed protection and called current regulations a "sham". 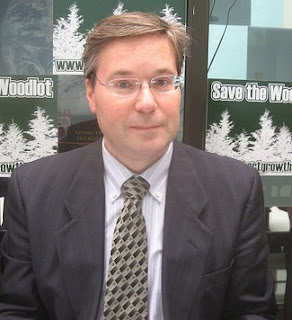 Mark D'Arcy, above, spokesperson, Friends of the UNB Woodlot. (Photo: Charles LeBlanc)
"I told him that our wetlands protection policy was a sham and that it gave us little comfort that promises of 'strict new protections' would be in place for shale gas development," said Mark D'Arcy, a spokesperson for The Friends of the UNB Woodlot group involved in the meeting with Leonard.

Leonard reiterated the province's position, D'Arcy said, promising that the government was committed to putting in place one of the strictest set of regulations for shale gas development anywhere in North America. 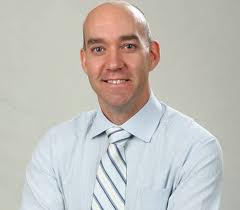 Above, Energy Minister Craig Leonard. (Photo: Craigleonardmla.ca)
Having witnessed firsthand since 2007 how provincial legislation and enforcement works in the capital city with the construction of Home Depot and Knowledge Park Drive through the middle of the woodlot, the group stressed to Leonard the need for real protection of provincial watersheds.

"We asked Mr. Leonard to implement watershed-based source protection at the provincial level in order to protect our drinking water," said D'Arcy.
at 11:13 pm